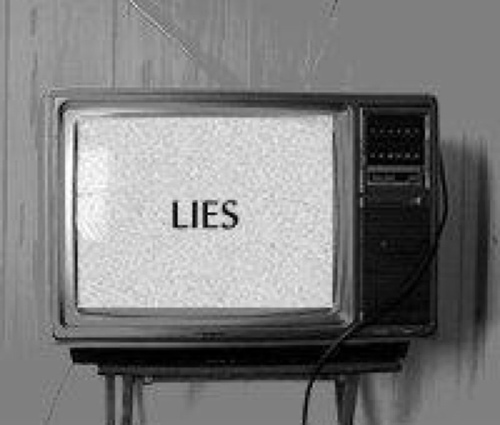 Someone asked me recently what to do about a friend who continues to lie to them. Before I answer, let’s consider the damage that lies can do.

We all remember the story of the boy who cried, “Wolf!”  The simple message in the story is that because he lied about it several times, when the wolf did indeed come, no one believed him. The result was a very natural consequence – the wolf had lunch!

The bigger background to that story is not often considered. My guess is that the boy was looking for attention. I remember as a youth, I had major insecurity issues mostly around feeling rejected. I was bullied and teased a lot and this had an effect on my confidence. It also created in me a need to be liked by others. To gain that attention, I made up great stories of accomplishments that were just not true. Of course my friends didn’t believe anything I said. In fact, many would dump me and that just proved to me that I was a loser, and so the cycle continued.

People have many different excuses for lying. Sometimes the lies are big and ugly. But usually it is the little white lies that do the most damage. Why is that? I believe it’s because they remove the underpinnings of our character and credibility.

Many times as I coach people they will say, “Well it was just a little white lie. No harm, no foul.”  WRONG!  Lots of harm and very foul. It completely undermines our relationships and erodes trust, even when it’s a ‘small white lie’ to a store clerk or someone at work.

I have heard parents tell a little lie with a chuckle and a shrug of their shoulders. Did it hurt the clerk?  Maybe not. But it did hurt the relationships with others around them, especially their kids who were listening, and nd it certainly hurts the person who does it. Because if you will lie TO someone or ABOUT someone else, how can I be sure you won’t lie to or about me?

It is the reason behind the lie that does the damage, as in my case and with the boy who cried, “Wolf!”  It was for attention because we didn’t feel we measured up in some way. When we deal with our own heart and the value we place on ourselves, there is no reason to lie. If we are honest with ourselves, it is much easier to be honest with others.

So the answer to the question of what to do with a friend who continues to lie?

Model Honesty – Sit down and talk with them about how it makes you feel when they lie to you. Do this without accusing them but simply focusing on how it affects you. Be open about your own shortcomings, but let them know that dishonesty is a real deal-breaker for you.

Give Permission to be Honest – One reason they lie could be that you overreact when they do share the truth with you. You might say that you will not react or say anything at the time of them sharing, but will respond after 24 hours to give your feedback.  I had to do this with my kids at one point after they told me they were not sharing because they didn’t want me to be mad. Often people will lie because they fear the consequences of telling the truth. So be a safe place for honesty.

Set Boundaries – After sharing the value of honesty, let your friend know that you care too much about him/her to allow lies to break down your relationship.  Place boundaries in the relationship to allow truth to be shared. If certain topics are off limits because it is easy for them to lie about it, put a boundary in place to not discuss that topic.

Be Willing to Walk Away – At the end of the day if a friend continues to lie and you have done the steps above, you may have to allow the ‘wolf’ to have lunch. In other words, tell your friend you have to take a break. Let them feel the pain of losing a friend. That was what brought me to the self-discovery that it was my stories and lies that caused people to reject me. It took a friend challenging me and walking away to get my attention. That said, walk in forgiveness when you see true repentance. Make sure your heart is always open to reconciliation.

I encourage you to do a gut check on this. If it is easy for you to tell the ‘little white lies’, it will become increasingly easier to tell big ones.  Dishonesty is one of the greatest killers of relationships. For you to have healthy relationships, you absolutely need honesty!

A Generation of Hope From Adversity